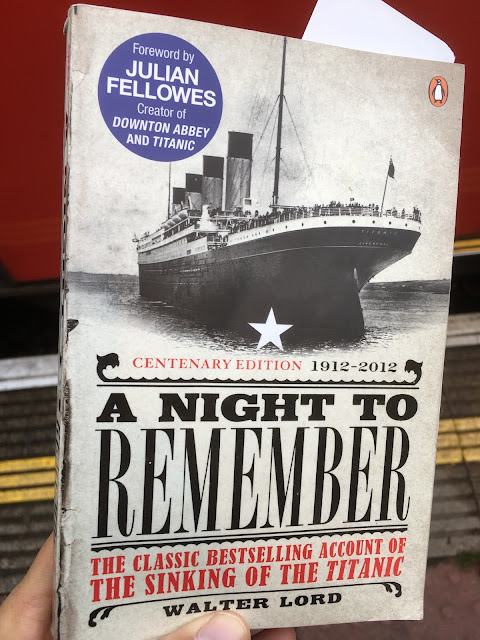 For many, this is the definitive account of the sinking of the Titanic. Walter Lord weaves together multiple survivor stories in a novelistic manner that comes across like a fast-paced thriller. It's a breathless read, and sometimes you crave the detail and analysis of a more considered study. But he does an excellent job of reconstructing those legendary two hours and 40 minutes (and the immediate aftermath) – hitting the iceberg, the initial refusal to believe anything was wrong, the slow realisation that the damaged ship was sinking, the frantic and pitiful struggle to find room in the few lifeboats available, the horrible decisions about who should or shouldn't stay for those who followed the "women and children first" code of ethics and those who didn't, the band playing on the deck as the waters rose, the terrible scenes as the Titanic went under and the only partially full lifeboats rowed away from the freezing, drowning victims all around them, the long, cold night spent by the survivors drifting in the icy Atlantic, and their eventual recovery by the Carpathia.

For the most part, Lord avoids judgement and focuses on the narrative. He does, however, indicate that the real villain in the story is the class system that condemned to death not only the men in steerage, but also the women and children there. In percentage terms, more first-class males survived than third-class children – an appalling statistic that underlines how the privileged usually make the system work for them while leaving less fortunate souls to sink.

(Note: while reading this, I was continually reminded of the 1982 top 10 hit "A Night to Remember" by Shalamar – not really a suitable soundtrack.)

Abandoned CDs
My blogs cover exotic objects found on the street (Abandoned CDs, Abandoned London, Abandoned Tickets) and in charity shops (Charity Shop Diary). They also detail the books I enjoy (London Reader), the plays and DVDs I see (I Went to the Theatre..., Man Watches Film), and the walks I have taken (Totteridge Walker). Click on the CD for the direct links.